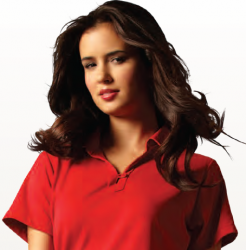 The list, which includes globally recognized brands such as the Limited’s Victoria’s Secret®, Nike® and Gap®, is compiled annually by APPAREL magazine. Ranked by profitability, this year’s APPAREL Top 50 companies, according to APPAREL magazine, are highlighted for their successful ability to right-size assets, allowing their businesses to flourish at the tail-end of the Great Recession.

Michael Benstock, CEO of Superior Uniform Group, said, “Being named to the APPAREL Magazine Top 50 list year after year is a reflection of our ability to combine our rich history with innovation and technology. As a result, our customers get a winning combination of value-added services and uniform program management, and also quality products that their employees enjoy wearing.”

In 2012, Superior Uniform Group has rolled out a variety of new designs. This includes the new whisper weave long-sleeve Metro Shirt, available in Allspice, Hazelnut, Pepper and Saffron. In addition to the retail-inspired color palette and styling detail, the all-poly garment offers moisture wicking and enhanced UV protection.

Superior Uniform Group Reports Second Quarter Operating Results
Protect Your Employees Against Germ Warfare: In & Out of the Laundry