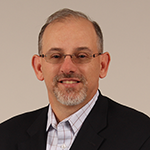 “Andy is integral to the prosperity of Superior Uniform Group, regularly exhibiting the leadership and financial acumen needed to achieve the Company’s goals,” said Michael Benstock, Chief Executive Officer of the Company. “He is instrumental in positioning the Company to realize its revenue and profit objectives, and we look forward to his continued leadership in driving operational excellence across the Company,” continued Mr. Benstock.

“Andy’s expanded role strengthens our management team, and focuses on executing our strategic growth initiatives as we continue to build a strong, customer-focused organization,” said Sidney Kirschner, Chairman of the Board.